F is for Frau 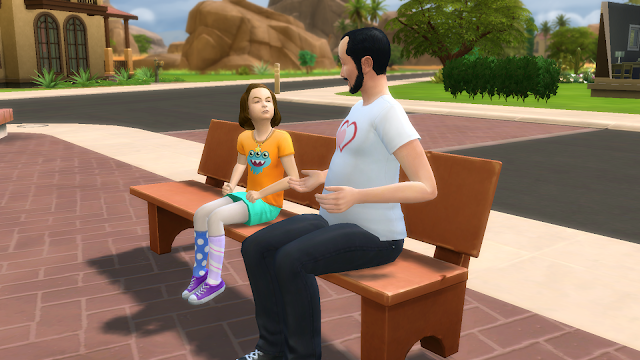 "A jumper cable walks into a bar. The bartender says, 'I'll serve you, but don't start anything.'" Frau managed to state before she was overcome with giggles.

"You are a weird little girl," the man said, getting up and leaving the bench. 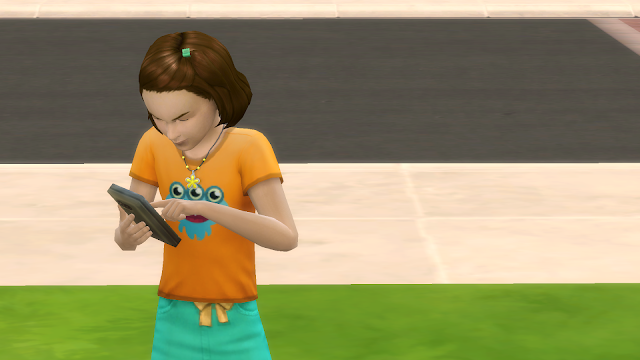 Frau was, unfortunately, used to that response. Although fortunately Frau had managed to slip the no-sense-of-humor man's phone before he left in the middle of her routine. 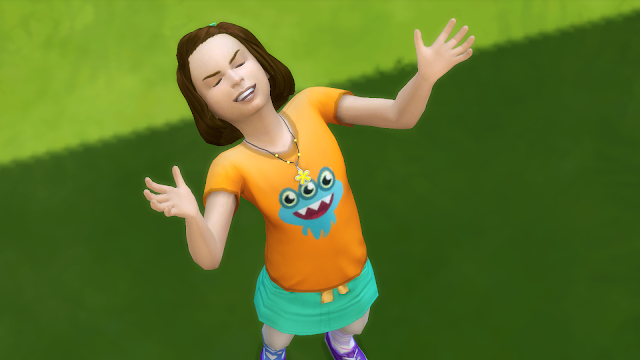 She hoped that his girlfriend wouldn't mind him changing his relationship status back to single. Frau enjoyed a nice maniacal laugh. 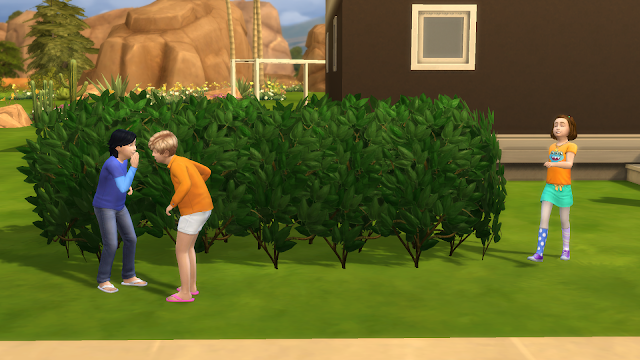 Frau was feeling pretty confident with herself until she spotted her two brothers sharing hushed giggles. 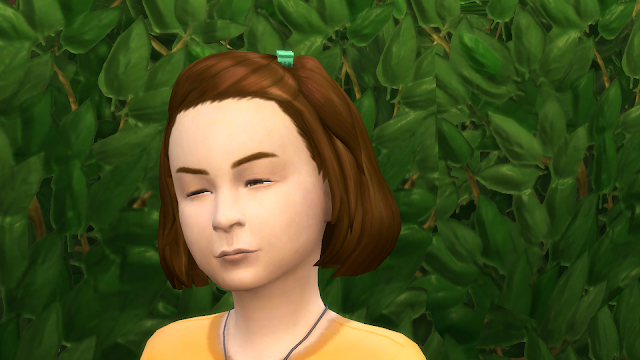 A drop of sadness hit Frau at the pit of her stomach. She wished that her brothers would include her--honestly she though they'd make a great team. 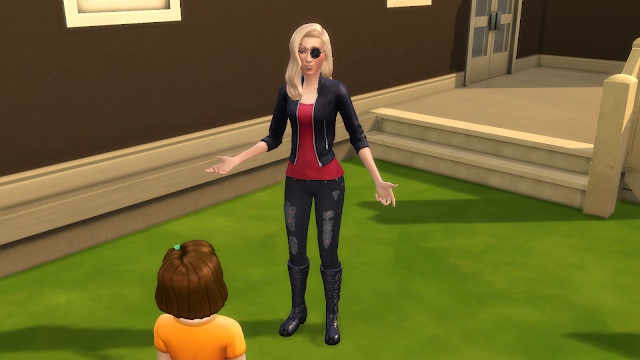 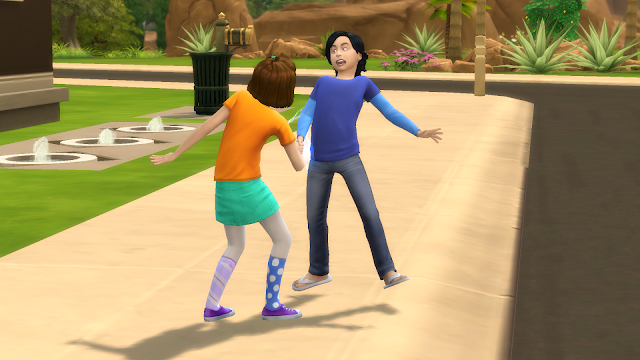 Even with her mom's pep took, Frau still took especial pleasure in pranking Farquaad that night. 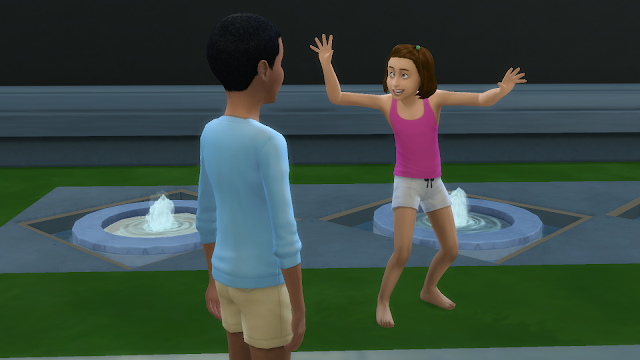 "Wanna hear a joke?" Frau loudly announced to one of her classmates.

"A horse walked into a bar. Several people got up and left as they spotted the potential danger in the situation."

Frau bust into laughter and looked up expecting to see Max AWOL, instead he was staring at her with a bright grin on his face. 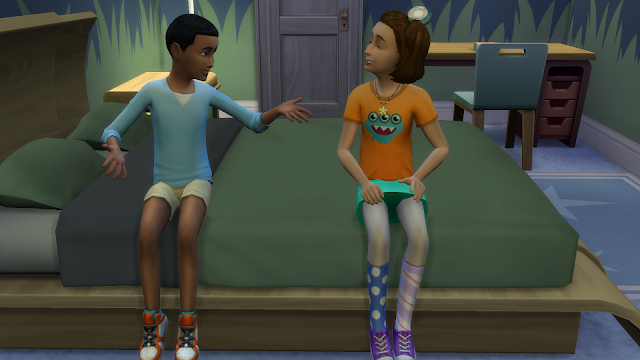 "So I have a knock knock joke for you Frau,"

Frau sat there for a second with an confused look on her face before it hit her. "Baahahahahaha!" She roared loudly. "You are my new best friend Max." 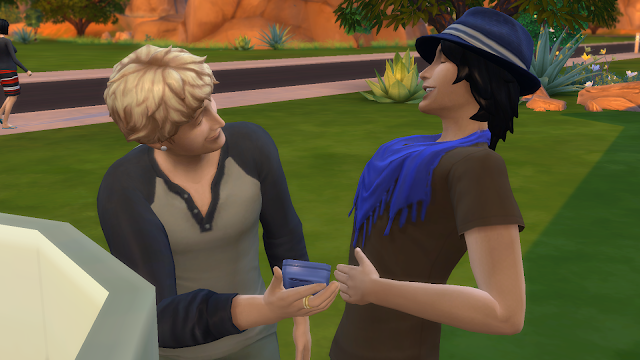 Frau did not magically get less awkward (or evil) as she started her teen years.

As the years passed on, Farquaad and Freddy just became closer... 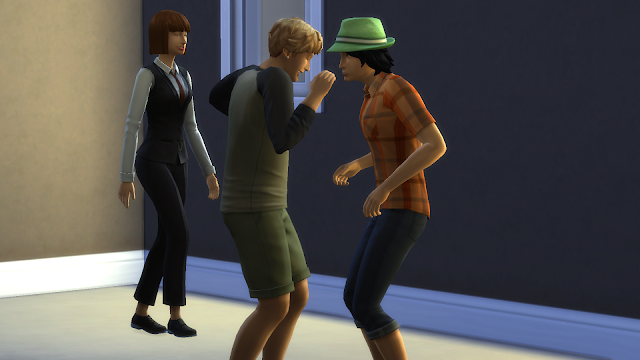 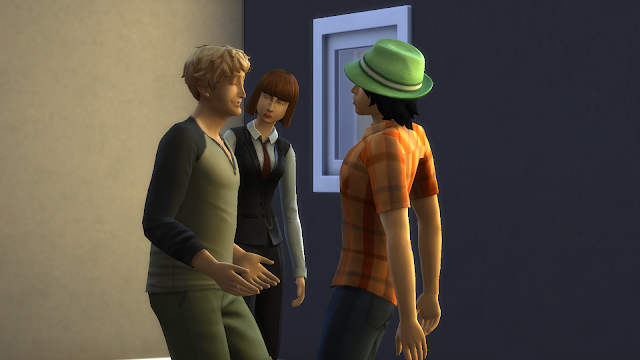 "Hey Frau," the boys snickered, then immediately returned to their prior conversation. 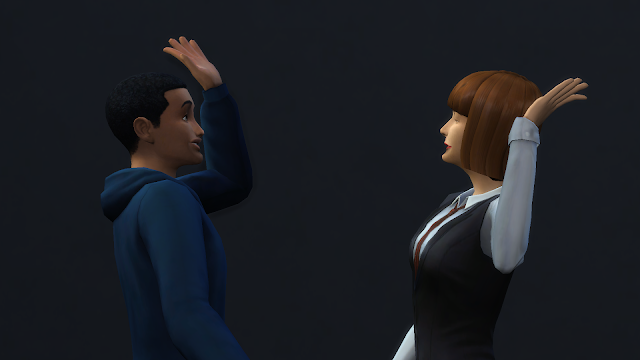 Thankfully, to make up for it all, her friendship with Max was always becoming stronger. 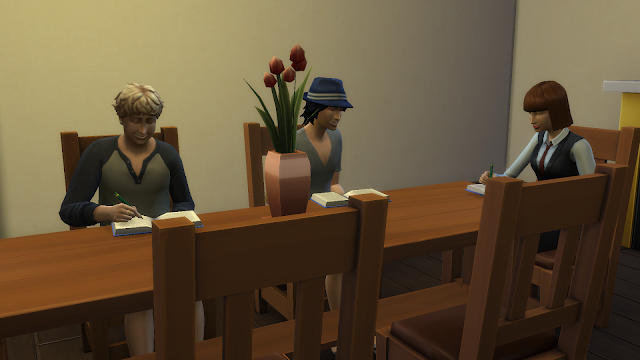 "Max is pretty cool," Farquaad said one night looking up from his homework.

"You two should totally hang out with us," Farquaad said making eye contact with Freddy.

"Okay," Frau said again slowly trying to figure out if this was going to be a prank. 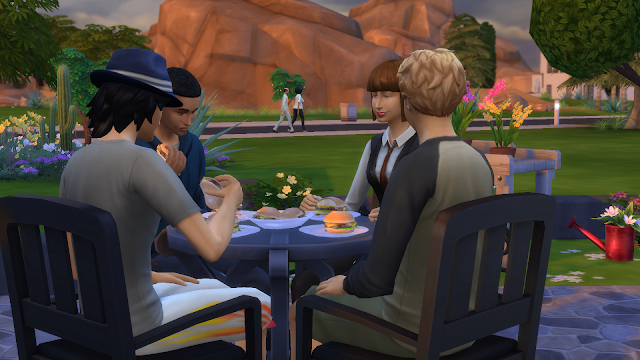 As arranged, the four meet for burgers.

"So are you guys in?" Farquuad asked nervously. He has just finished telling them his evil plan. They were going to relocate Lolly the llama from the city zoo to their school cafeteria.

Frau looked at him and grinned. How did she get so lucky? 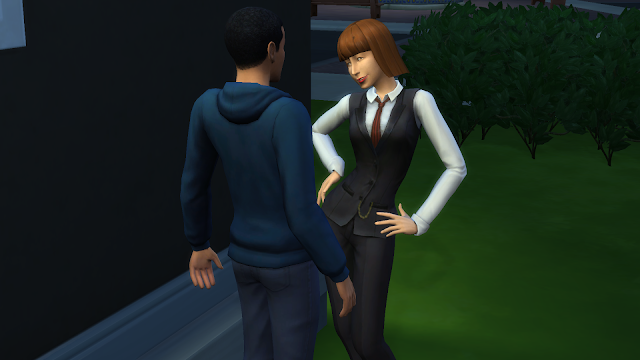 "I can't believe that actually worked!" Frau said the next night. She had gone all day wondering if this prank was going to result in her embarrassment for her brothers' pleasure.

"Of course it did, you are an evil genius," Max said lovingly. 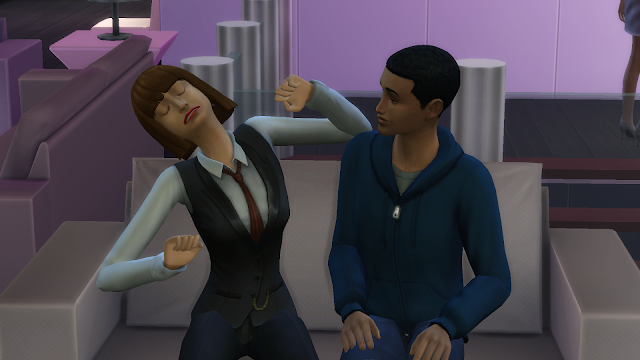 At that point, Max and Frau's friendship took a new turn. 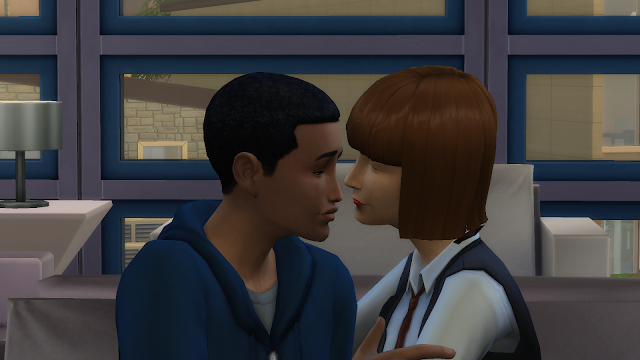 They were inseparable.Max and Frau spent every waking minute together, both with and without joining her brothers for another prank.

When Farquaad and Freddy celebrated their 18th birthday, Frau was actually sad to see them go. Something that she never would have expected. 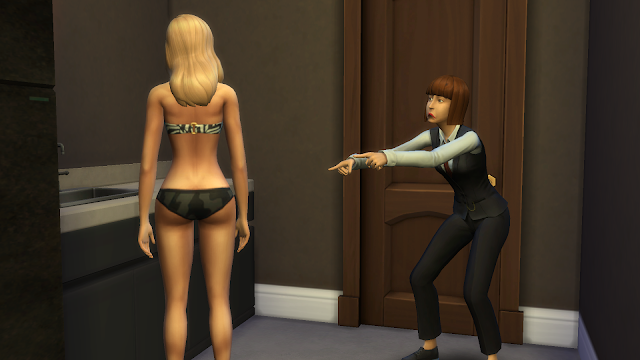 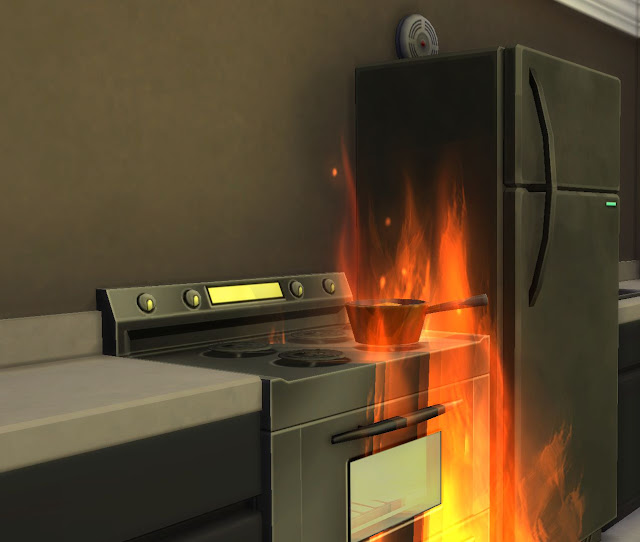 Frau decided to celebrate her first night brother-less by setting her kitchen aflame.

"I miss Farquaad's cooking," Frau admitted after her mother extinguished the flames.

"Well at least this was entertaining," Elle said winking her good eye. 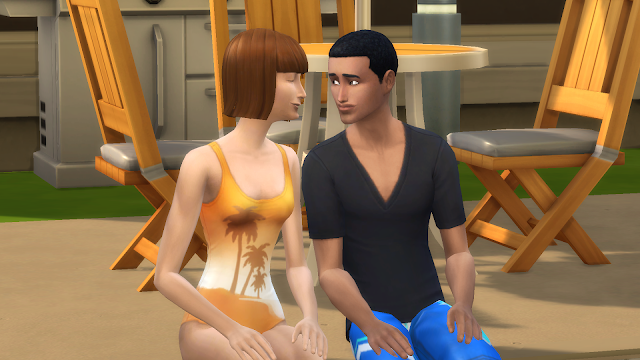 Frau was extremely excited for her own 18th birthday. She already had something super special planned. 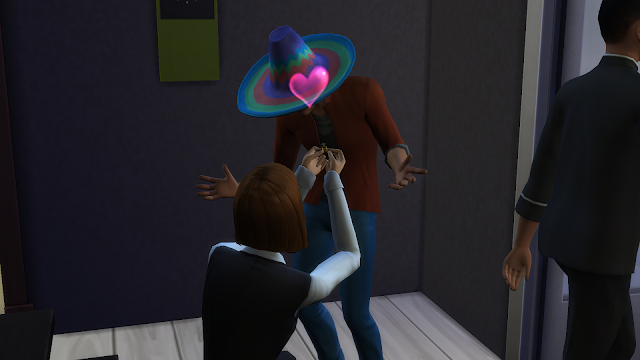 After blowing out her candles, Frau immediately asked Max to marry her. 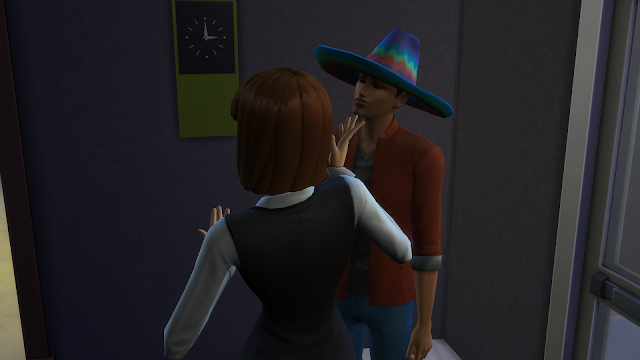 He, of course, accepted. 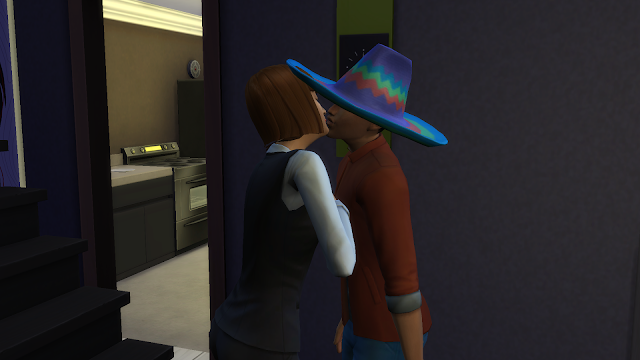 Not waiting for the party to finish, Frau and Max decided to celebrate their new engagement in Frau's bedroom. 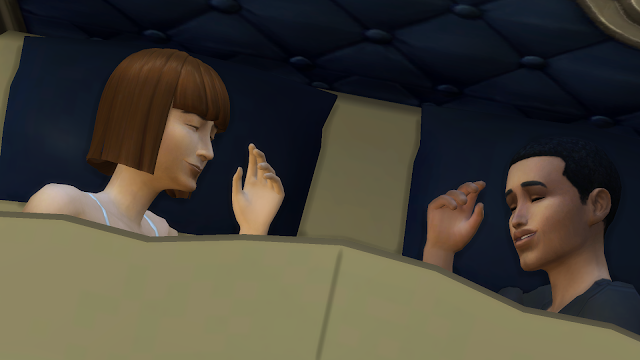 They were barely able to finish their "celebration"... 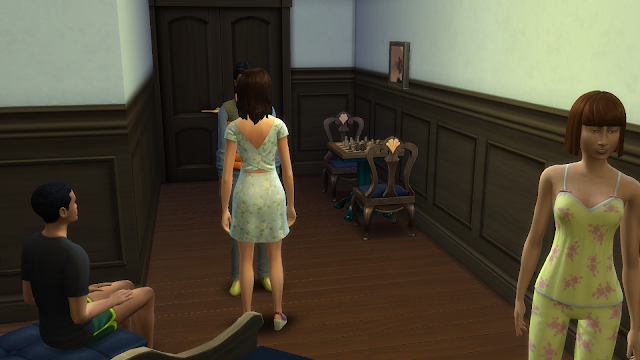 ...when they were interrupted by party guests. 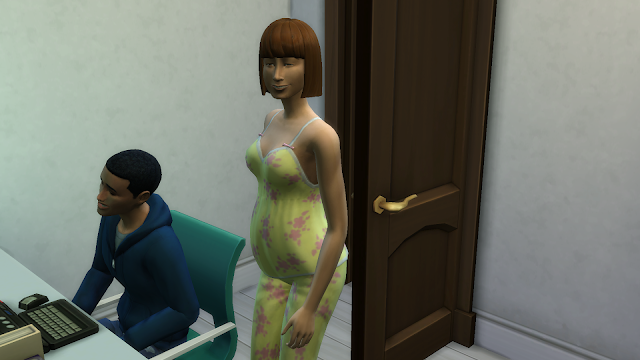 Though what Frau and Max had been up to was hardly a secret.